Home » News » Healing from the Inside Out 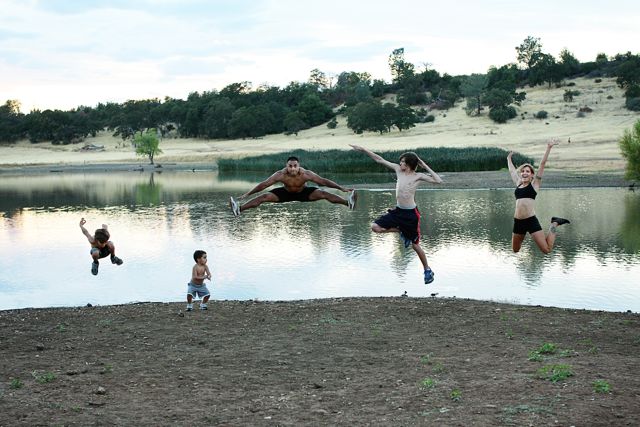 For so many people (as in everyone) there is a heck of a lot more involved with this paleo thing than simply changing what we eat.  Jason has written some terrific posts about aesthetic goals, Dean has jumped in and blogged about the observations he has made during his interviews with folks who have traveled for a while on this paleo path, and I have written several blog posts about making changes not only in the food that fuels you but in how we view life in general.

The purpose of this article is to share a little bit more about my own journey, struggles, and triumphs. I do not want to share these things just for the sake of writing about myself but for the simple fact that I want people to know that they are not alone and although we all have our own personal battles, we can all connect on so many levels when it comes to healing from the inside out.

I wrote about my story in my book in detail but did not entirely dissect my emotional journey. If you have not read my book, you can read a little bit about my transformation here. To make a long story short, back in 2008 on that early February morning when I woke up and decided to head down to Norcal Strength and Conditioning in hopes that Robb Wolf and Nicki Violetti could whip my ass into shape, it was the first day that I decided to love myself again.  This was the first step in my realization that in order to have fallen into the unhealthy state that I found myself in was not simply about making bad food choices but about ignoring what was really happening in my life; ignoring myself completely in fact, and feeling loads of guilt about wanting to do anything postive for myself.  These acts of self loathing were ultimately followed by feelings of guilt.  I felt guilt for knowing that so many people loved me despite of how much I did not love myself.  So the cycle, prior to that fateful February morning, went something like this: guilt, shame, bad food choices, bad life choices, more guilt, more shame, depression, lack of self worth, and lack of motivation.

There I was stuck: wanting to change but not feeling as if I deserved anything more and feeling incredibly guilty for the simple fact that my husband, my children, my friends, and my family loved me despite the fact that I had very little love for myself.

What clicked was realizing that by allowing others to love me yet not loving myself was extremely selfish and the wiser choice, although more difficult, was to look inwards and find a lot of really great things that I could be proud of!  Furthermore, I had to switch off the guilt and the regret of not being the best wife and mother that I could have been and instead focus on the simple fact that I wanted to change so badly followed by actual making the choice to take action!  Sounds easy, but it was not.  So how did I move forward?

Often we want positive change desperately but we can not quite get there because of our own psychological hang ups and rather than feeling our pain, experiencing the hard work, and having zero regrets, we choose to stuff it all away and simmer in our depressed and unhappy state hoping that someone will feel bad enough to rescue us.  Unless we wake up and make the choice to change, the chance of a real prince in shining armor coming along to make it all better is unlikely to happen.  What I discovered was the fact that I was surrounded by folks who were all willing to support and love me despite my insecurities and self doubt but it was up to ME to put forth the effort.  What made the difference was simply deciding to work hard despite my insecurities.  I clearly remember Robb telling us one day in class at the gym, “It’s amazing what you can accomplish with that extra degree of effort.” Talk about a wake up call…

So, what happened next?  A journey, that’s what happened.  I learned that by focusing on reaching goals that had nothing to do with aesthetics, I actually learned things about myself that I probably never would have, and the crazy part – I actually started to look better despite putting my appearance goals on the back burner.  Here are two poignant moments that I clearly remember during those first few months that support this statement.

1) A month or so into my journey I noticed that I could carry Rowan strapped to me in his Moby wrap, squat down and pick up a giant load of laundry, and not feel pain in my hips or out of breath from one simple act required to live my life.  That one little moment gave me hope and I realized what it felt like to really be alive – and that one little moment had nothing to do with the fact that I was still only fitting into John’s sweat pants!

2) I was able to accept a compliment.  About three months into my journey I walked into the gym at 6am as usual and Nicki looked at me with those brown eyes that could shoot lasers and love all at the same time and said to me, “Wow, look at that strong, sexy mama that just walked into the gym!!” In that moment instead of brushing her comment off or trying somehow to negate what she had said, I really let it sink in and I felt a little light starting to burn brighter inside of myself.  Heck yes, I was a sexy and strong mama – and furthermore, it was ok to feel that way about myself!! Thank you Nicki for always encouraging me…

All of these realizations on my journey to health began with proper nutrition and exercise.  Making these changes first were the gateway to several more changes and psychological hang ups along the way.  I am still transforming.  Everyday is a new discovery.  I still have doubts, I still feel afraid, I still often question myself but I will never EVER go back to that person who could hardly look in the mirror due to the shame, regret, and pain that I felt.  There’s a lot more to my journey and there is a lot more to yours but I hope that this insight helps you feel less alone.  It’s not just about the food and the exercise but those two are a great place to start, a great step forward on your path to self discovery.

And as always, enjoy!!